We lived in an apartment at Powai. It’s a nice-enough place, as long as you don’t mind termites in the house, crocodiles in the lake, and leopards in the surrounding hills. (Leasing a place in India, from rent negotiation with agents/vendors, to registration at the government office and working with fussy housing societies can be an exhausting experience for the uninitiated.)

I love Indian food. But there’s a big difference between liking Indian food and eating it once or twice a week, and eating Indian food every meal everyday of your life. Cuisine diversity in Mumbai is not great. There are a few good Italian restaurants where I live and American franchises like TGIF and Chili’s in malls are a welcome relief, but finding a good Chinese restaurant in Mumbai, now that’s a challenge. Here are two photos to prove my point.

After (too) many false starts — don’t bother taking recommendations from your Indian friends, they are a poor judge of quality Chinese food — we eventually found one Chinese restaurant that can rival top restaurants in other Asian cities: Yauatcha (http://www.yauatcha.com/mumbai) located at Raheja Tower, Bandra Kurla Complex. Here’s a photo of that one rare good Chinese meal we had. 梅菜扣肉 and fried kway teow never tasted so good…

Fun fact: Pork costs more than lobsters in Mumbai. Which is funny, considering I see them around everywhere, on roads, at tourist spots, next to my office building 🙂

Due to poor infrastructure investment, going anywhere is a hassle in India. This is what I had to experience going to and coming back from work everyday. 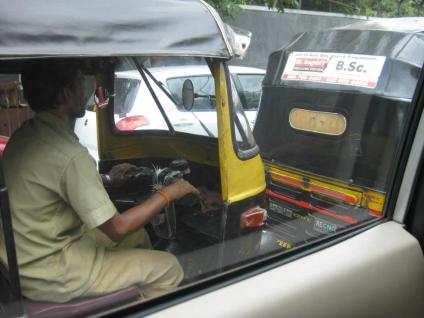 There were several occasions when my driver decided to take things in his own hand and drove against the traffic and across people’s houses! This makes praying for safety during Dussehra a compulsory affair. Here’s my driver Manoj and his two children in action. (Yes, I had a Suzuki Swift, like 80% of the car-owning population in Mumbai.)

A Land of Contrasts

Antilla and Dhobi Gat. I didn’t get to go to Antilla, but many of my colleagues did.

We did a tour of Dharavi, one of the largest slums in Mumbai, with Reality Tours too. It was amazing and worth your time if you want something fresh to do in Mumbai. http://realitytoursandtravel.com/slum-tour.php

There are a few important festivals in the second half of the year.

Getting the Sizing Right

Naturally, the gods have to be larger and more solid than the demons. This Buddha statue is part of the Kanheri Caves located at Sanjay Ghandi National Park. Some of the sculptures date back to the 1st century BCE. 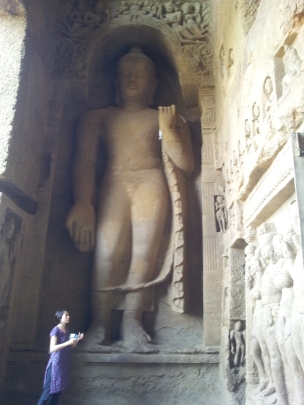 The demons are made and burnt during Dussehra. This one was photographed in Goa. Stay away from petrol stations during the Dussehra festival!

That one time where I wore traditional Indian costume and, guess what, all other men in the room wore shirts!

I have been called many names in my life, Kishan is one of the nicer ones (thanks, Dr Srikanth), sounding almost like my real name if you speak it fast enough.

Here’s the Big Data Analytics team we assembled. (See, I used to have hair.) 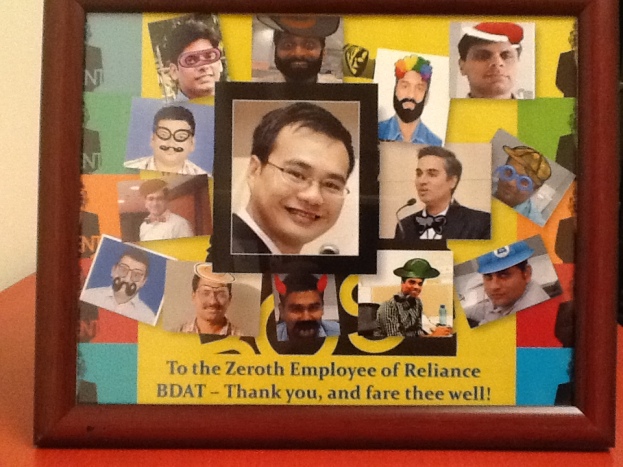 Time to leave: My life in twenty boxes.

One thought on “India – A Photo Diary”